Changing of the guard

Wichita’s new generation of chefs is young, passionate and earnest, and they’re focused more on sustainability and creativity than their predecessors could be.

Wichita is full of promising young chef talent. In addition to the ones we profiled, here are many others to watch as Wichita’s dining scene continues to grow.

Nick Korbee: A New York City restaurant owner who moved to Kansas last year to be closer to his wife’s family, Korbee is about to open First Mile: Kitchen in the old Good Egg space in Bradley Fair. Its menu will focus on locally sourced Kansas-grown and -raised foods.

Weston Townsley: Reverie Coffee Roaster’s chef, responsible for its irresistible chocolate croissants and other baked goods, got his start at N&J Cafe, then worked at The Anchor, Newport Grill, Fork & Fennel and Siena Tuscan Steakhouse.

Juan Lopez: Lopez spent the early days of his career with Latour, working as a chef at Piccadilly, The Olive Tree and for some of the company’s other food service contracts. He started as a line cook at Chester’s Chophouse, 1550 N. Webb Road, under Chef Bobby Lane and sous chef Abel Rodriguez in 2007. When both eventually left the restaurant and George Youssef of Georges French Bistro bought it in 2019, Lopez was promoted to executive chef.

Kris Anderson: Vora’s executive chef has cooked all over Wichita and has had stints at YaYa’s Eurobistro, Tallgrass Country Club, Holiday Inn and the Wichita Wind Surge. He’s a graduate of Le Cordon Bleu in Austin, Texas.

Kamden Turner: He studied at the Cook Street School of Culinary Arts in Denver and has had chef and sous chef jobs in restaurants all over town, including at Wichita Wind Surge, YaYa’s Eurobistro and Georges French Bistro. He now works with Anderson and Berner at Vora.

Jacob Cook: The head chef at The Belmont, 3555 E. Douglas, was trained at the Scottsdale Culinary Institute and worked in restaurants like The Dressing Room and CHAR Kitchen + Bar in Scottsdale, Arizona. He moved to Wichita with his family to help open The Belmont.

Jada Shiya: Cook’s wife is a trained pastry chef who attended the Arizona Culinary Institute. She worked at The Venetian in Las Vegas and for restaurant group Upward Projects in Phoenix. She now is The Belmont’s pastry chef and runs Frost, a dessert shop at 3429 E. Douglas, next to The Belmont.

Heidi Cruz: A self-taught pastry chef, Cruz created the recipes at Milkfloat, 535 W. Douglas, from the day it opened in 2016 until August of this year. Now she runs her own cottage bakery from her home — The Black Fig Bakery — and does special orders as well as occasional pop-ups. Her dream is to open her own bakery one day.

Jason Rickard: The older brother of chef Jordan Rickard, Jason is also a Wichita native and chef who worked at restaurants in Denver, including Israeli, Italian and Scandinavian restaurants. He returned to Wichita in 2019 to help Carlos Vera open Taco Locale and worked for a time as a chef at YaYa’s Eurobistro. He and his brother are now in the process of opening their own restaurant.

Alex Eftekhar: The owner of Station 8, a barbecue restaurant in the works in the former Jet Bar-B-Q space at 1100 E. Third St., Eftekhar worked as a sous chef at Flint Hills National Golf Club and as a butcher at Douglas Avenue Chop Shop.

Gerard Rodriguez: Rodriguez is the culinary force at R Coffee House and Cool Breeze Pizza in Riverside and at Adios Nachoria at the Wave Venue.

Steven Santana: He’s now the head chef at his family’s restaurant, Little Saigon at 1015 N. Broadway. But Santana has worked in many other restaurant kitchens, including at Lawrence’s Eldridge Hotel, First Watch, Jade Garden and Paisano’s.

Tom Jackson: All Things Barbecue’s head chef is a Kansas native who attended Oregon Culinary Institute, then took a job as a bread baker and pastry chef at Ken’s Artisan Bakery in Portland. He returned to Wichita with his wife and child to lead cooking classes and put on private events for the barbecue store at 818 W. Douglas. His many cooking demos can be found on the store’s website, www.atbbq.com/thesauce/our-team/tom-jackson.

Robert McMullin: Wichita’s dough master is McMullin, who studied the art of making Neapolitan style pizza in Naples, Italy, before opening his Piatto Pizzeria at 1706 E. Douglas in 2016. There, he and his staff serve pizza on dough that’s fermented for three days, which creates a light and chewy texture.

Kristina Grappo: She grew up in an Italian family that made its own pasta, and she is now becoming known locally for her homemade pasta, which she serves from a business called Viola’s Pantry. She had a booth all summer at the Old Town Farm & Art Market and is about to open a retail space at Cleveland Corner, 156 N. Cleveland.Kelly Rae Leffel: One of Tanya Tandoc’s right-hand women at Tanya’s Soup Kitchen, Leffel purchased the restaurant after Tandoc’s untimely death in 2015. She heads up the kitchen as well, mixing up Tandoc’s famous soup recipes and creating gourmet dinners of her own.

Rob Schauf: The Schauf brothers opened The Flying Stove food truck in 2011, and it puts out Wichita’s most gourmet food truck fare. Though Jeff is the brother who’s always out front, Rob — who trained at Le Cordon Bleu in Austin — is the brother behind the recipes, and his focus is on seasonal cooking.

Abel Rodriguez: This chef worked as Bobby Lane’s sous chef at Chester’s Chophouse for a decade before leaving to start his own venture. He now owns three Uno Mas Fresh Mex restaurants in town.

Ben George: The executive chef for Intrust Bank Arena, George’s resume includes stints in kitchens all over Wichita, including The Anchor, Siena Tuscan Steakhouse, Tallgrass Country Club and the Warren Theatre. He was named Chef of the Year by the Kansas Restaurant and Hospitality Association in 2018.

Adrian Prud Homme: This chef has been in the kitchen of Bella Vita Bistro, 120 N. West St., since it opened in 2010 and was named Chef of the Year by the Kansas Restaurant and Hospitality Association in 2019.

Travis Joy: The sous chef at Elderslie Farm, Joy also was a longtime chef at the Hyatt. He trained at Johnson County Community College’s culinary school.

Preston Darnell: Darnell, a Wichita native who attended culinary school in Pennsylvania, returned home to take a job as executive chef at The Sweet Spot, 8448 W. Central. He also once worked at Piccadilly Grill.

Michael Farha: A longtime caterer, Farha started creating inventive tacos from the kitchen of his District Taqueria at 917 E. Douglas in 2015.

John and Lexi Michael: This couple, who are leading the culinary program for Wichita State University Tech, met when both were enrolled at the Culinary Institute of America in Hyde Park, New York. Both have worked as chefs around the country. John is now the director of WSU Tech’s program, and Lexi is the executive chef and department chair.

Luis and Alicia Pena: Luis Pena recently took over leading Butler Community College’s Culinary and Hospitality Management program. He was a Marine who, after two tours in Afghanistan, decided to attend culinary school, graduating from the International Culinary Center in New York City. He worked in a number of East Coast restaurants and specialized in pastry and has had stints as a pastry chef at both YaYa’s Eurobistro and Lola’s Bistro in Wichita. His wife, Alicia Pena, who teaches with him at Butler, also is a culinary school graduate.

Denise Neil has covered restaurants and entertainment since 1997. Her Dining with Denise Facebook page is the go-to place for diners to get information about local restaurants. She’s a regular judge at local food competitions and speaks to groups all over Wichita about dining.

Can We Still Ethically Vacation During a Climate Crisis?

Mon Nov 1 , 2021
We can all try to be eco-conscious travelers. Photo: engin akyurt, Unsplash This story is part of the VICE Creators Summit, a series of panels and workshops to co-create futures for a habitable planet. Find out more here. From partying by the beach in the Philippines to elf-hunting in Iceland, […] 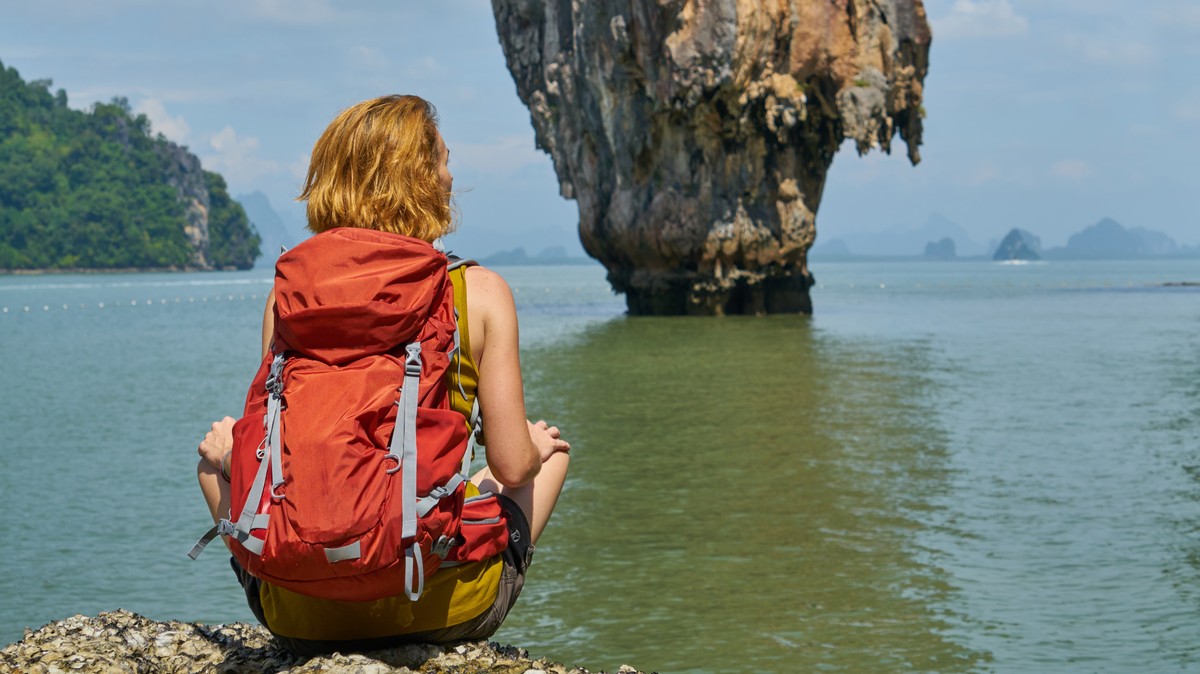 fix the currency
We use cookies on our website to give you the most relevant experience by remembering your preferences and repeat visits. By clicking “Accept All”, you consent to the use of ALL the cookies. However, you may visit "Cookie Settings" to provide a controlled consent.
Cookie SettingsAccept All
Manage consent