During this year’s D.C. Food Waste Week, local restaurants and online grocers saved over a thousand pounds of food waste.  Imperfect Foods, an online grocer that seeks to limit food waste and promote clean energy, partnered with restaurants in Washington, D.C., from Oct. 4 to Oct. 10 to serve dishes […]

During this year’s D.C. Food Waste Week, local restaurants and online grocers saved over a thousand pounds of food waste.

Imperfect Foods, an online grocer that seeks to limit food waste and promote clean energy, partnered with restaurants in Washington, D.C., from Oct. 4 to Oct. 10 to serve dishes using excess ingredients from Imperfect Foods. Furthermore, the grocer helped organize events throughout D.C. to educate the community about sustainability and resourcefulness. For every dish sold, Imperfect Foods donated $5 to D.C. Central Kitchen, a nonprofit that fights hunger and poverty.

According to a spokesperson for Imperfect Foods, the company aimed both to reduce and teach about food waste through D.C. Food Waste Week, which ultimately saved over 1,370 pounds of food waste.

“Americans waste up to 40% of our food supply, with 30% of it being wasted at the retail and consumer levels,” a spokesperson wrote in an email to The Hoya. “Imperfect Foods is on a mission to eliminate food waste and build a more equitable supply chain, and invites the local community to start with digestible, daily efforts to mitigate food waste in their everyday lives to inspire a larger movement.”

The United States generates 108 billion pounds of food waste every year, ranging in origin from farmers to manufacturers to the table. In 2018, D.C. reported 414 tons of food waste. Just one year prior, in 2017, D.C. officials launched Zero Waste DC, which brought together various D.C. agencies responsible for managing food waste and sustainability in an effort to move toward a zero-waste District.

D.C. Food Waste Week served as a way to urge people to consider more carefully the food that they are eating versus throwing away, while also supporting an organization working to end hunger in the District, according to Melissa Gold, director of communications and marketing for D.C. Central Kitchen.

“DC Food Waste Week was a great way to spotlight the issue & encourage people to think of sustainable solutions to reduce what we throw away each year,” Gold wrote in an email to The Hoya. “We were thrilled to team up with Impossible Foods for their efforts during the week and be a beneficiary of their generous support.”

Chaia Tacos, a vegetarian taco restaurant with a location in the Georgetown neighborhood, also partnered with Imperfect Foods to raise money for local food banks and to raise awareness of food waste in the District, according to Bettina Stern co-founder of Chaia Tacos.

“The extra-added bonus was that: for every ‘imperfect’ menu item we sold, IF donated $5 to a local food bank, as well,” Stern said in an email to The Hoya.

According to their spokesperson, Imperfect Foods also focused on education during D.C. Food Waste Week by organizing interactive events and panels at local restaurants, which were centered around sustainability and improving culinary practices on a micro level in an effort to reduce food waste at home.

“In addition to specialty menu items, Imperfect Foods in partnership with participating restaurants hosted consumer events throughout the week for Washingtonians to have the opportunity to join a larger conversation about food waste, starting with the local community,” the spokesperson wrote.

Collaboration between Imperfect Foods and local restaurants was possible as a result of their shared goals regarding cooking and food waste, according to the spokesperson.

“There is a lot of synergy between DC-based restaurants, chefs, entrepreneurs and the mission of Imperfect Foods,” the spokesperson wrote. “With a combined mission of making delicious dishes that not only taste good but make you feel good about the impact you’re making, Imperfect Foods was able to quickly garner support from some of DC’s most beloved kitchens.”

Outside of Food Waste Week, the District has organized opportunities for residents to lessen their food waste, such as placing drop-off locations for the disposal of compostable scraps at local farmers markets. By composting, residents can turn biodegradable trash into organic material that can serve other purposes.

D.C. Food Waste Week prevented more food waste than anticipated, demonstrating how much waste can be saved from landfills when an effort is made, according the spokesperson wrote.

“The intended impact of the week’s event was to save 1,000 pounds of food waste,” the spokesperson wrote. “However, Imperfect Foods and Washington, DC exceeded that goal and saved over 1,370+ pounds of waste!”

This article was updated on Oct. 15 to remove the name of Imperfect Foods’ spokesperson.

My in-laws invited themselves on the vacation

Sun Oct 17 , 2021
I do not want to plan every meal and excursion with five additional people in mind — this is supposed to be my relaxing vacation! My husband thinks “the more the merrier,” but he is just avoiding confrontation and hasn’t offered to talk with his mom about this. If I […] 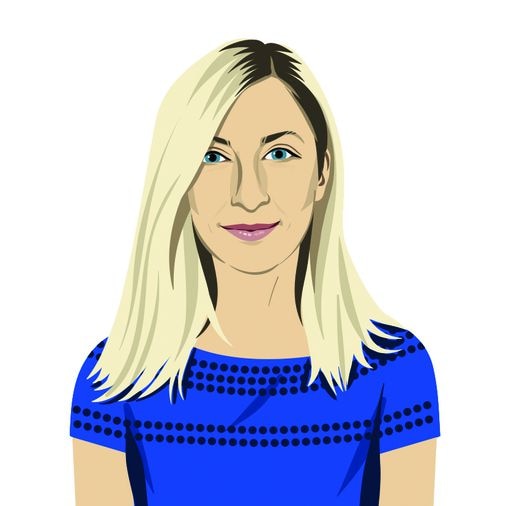