Table of Contents A journey from ‘Heartland’ to heritageSurprising the sensesKitchen stories Astute epicures might sit at a table, lift a fork or spoon to their mouths and trace each ingredient in a given dish.  Place a plate before Nina Mukerjee Furstenau, and she starts tracing lines on a map. She […]

Astute epicures might sit at a table, lift a fork or spoon to their mouths and trace each ingredient in a given dish.

Place a plate before Nina Mukerjee Furstenau, and she starts tracing lines on a map. She connects dots between people, and across eras. And flashes of memory whisk her back in time, into kitchens where people have not only shared recipes with her but offered their stories.

“I can’t help myself,” Furstenau said. “When I look down, I’m seeing history. I’m seeing food identity, and who feels what foods represent their culture. It just deepens the experience for me.”

Furstenau applies this perceptive palate in her latest book, “Green Chili and Other Impostors,” available via University of Iowa Press next week. Within its pages, the Columbia-based food journalist deepens, then extends, understanding of cuisine as culture by visiting distinct Bengali communities in Kolkata and around India.

A journey from ‘Heartland’ to heritage

Furstenau’s previous book, 2013’s “Biting through the Skin: An Indian Kitchen in America’s Heartland,” won the M.F.K. Fisher Grand Prize for Excellence in Culinary Writing for its soulful look at her childhood as a first-generation immigrant in Pittsburg, Kansas. In Furstenau’s work, the line separating food writing and lyrical biography is quite thin; our living and coming alive is bound up with food and the people who make it, a truth the writer underlines so well.

After the success of “Biting Through the Skin,” Furstenau longed to travel back a generation, to India and the deeper roots of her own relationship with family and food. A Fulbright scholarship propelled her to India for nine months before the pandemic.

In that time and place, absent an American lens, her already-rich vision of the world expanded.

“Looking at history when you’re standing in Asia is a little different — at least it was for me,” Furstenau said.

She crossed India’s threshold with an aim fixed in her mind — studying the “heritage foods of Bengal.” As the region opened up before her, introducing smaller communities and subcultures, Furstenau began phrasing the concept as a question.

“If you have a multicultural city, you have to ask yourself, ‘Well, which heritage?'” she said.

Furstenau conducted two layers of research, engaging in a manner that led author Kate Lebo to call her a “sharp-eyed detective and amiable guide” when endorsing the book.

At one level, she visited fixed sites of information, sifting and analyzing library microfiche. But she “reveled” in a more lived-in style of learning: staying in the city through its seasons to witness which foods traveled from farms to markets; setting appointments that fit her definition of an interview — speaking, then cooking with, a variety of sources.

In those more distinct spaces, the “give-and-take of cultures” and truly intimate experiences of food revealed themselves. Kitchens serve as fonts of wisdom, a place where “food lore,” domestic wisdom and the rationale for each step of a recipe is handed down like an inheritance, Furstenau said.

“It’s the richest part of any trip I’ve ever taken,” she said of cooking alongside others.

Cooking is a disarming act — and one that encourages fast friendship, Furstenau said.

“Even if you don’t agree on lots of things, usually you can agree on taste and flavor,” she said. “… It’s all so essential to life — it seems like an easy bridge between people.”

“Green Chili and Other Impostors” stretches across India and into a variety of communities. Furstenau studied the movement of people such as the Portuguese and Armenians into Bengal as well as Muslim influence on the region’s cuisine.

In the kitchen, Furstenau witnessed the resilience and creativity of Bengali Jews. Skillful substitutions distinguished their recipes, she said; identifying ingredients from India — but also from the African continent — enhanced the story of a people accustomed to moving and making adjustments.

Other experiences surprised Furstenau at sensory and narrative levels. She delighted to visit a Darjeeling tea plantation, learning how farmers set their work to lunar and soil cycles. Further acquainting herself with Bengali comfort foods, she understood acts of “kitchen resistance” from within the eye of colonialism.

British powers in India required foods cooked to their particular tastes, Furstenau said. The cooks and kitchen staff of Bengal filled those demands, then went home and create dishes they found satisfying. Keeping those recipes to themselves offered a measure of freedom and fulfillment.

Whether on the ground in India or standing before a classroom of aspiring writers, Furstenau sees one reality regularly reinforced. Discussing food grants a detailed picture of another person; what might take weeks or months to learn about someone can happen in minutes when the culinary conversation is on the table, she said.

Tracing the history of ingredients and dishes, as she does in “Green Chili,” allows readers to focus on common details in our collective portrait. When a spice or flavor makes its way from one people group to another, it tempers at least one small — yet significant — difference.

“I see it as a way to recognize how we’re alike,” Furstenau said of food writing.

Borrowing a phrase from another chef, Furstenau said each of us possesses an “edible archive” of the dishes we’ve prepared and eaten, of the people whose company made our meals worthwhile.

Returning from this trip to India, Furstenau draws upon that archive often. A recipe might not turn out exactly the same as she learned it in a kitchen there, “but the act of doing it connects me with that person — I really can’t help it,” she said.

Learn more about “Green Chili and Other Impostors” as well as Furstenau’s other work at https://www.ninafurstenau.com/.

Aarik Danielsen is the features and culture editor for the Tribune. Contact him at [email protected] or by calling 573-815-1731.

This Dream Vacation Hotspot Is Spiraling Into a Deadly Cartel Battlefield

Wed Nov 3 , 2021
Two foreign female tourists were caught in a crossfire between rival crime groups and shot to death last Thursday in the high-end resort town of Tulum, Mexico. Three other people were also wounded when the firefight broke out in the popular restaurant, La Malquerida, not far from the beach. Of […] 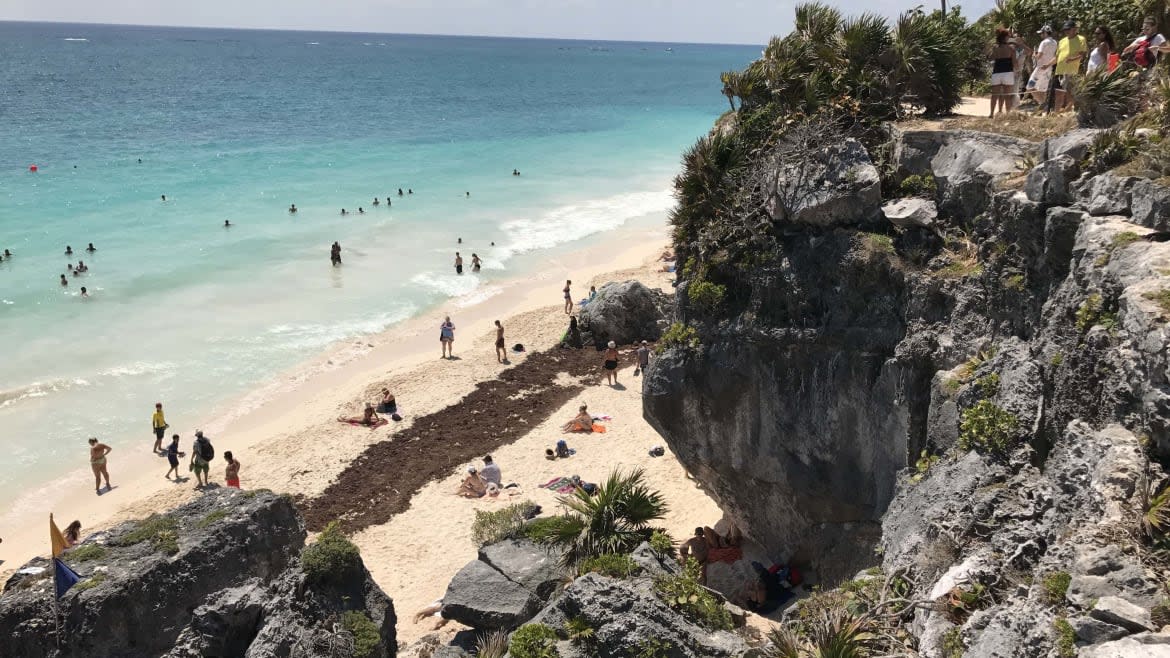