Not too many years ago, a fellow food writer joked to me that there were no good restaurants in Grand Prairie. How quickly things change.

Now the choices on offer are nearly overwhelming. Much of the Dallas area’s West African community is concentrated in the suburb. The new Asia Times Square food court bustles with energy. On Main Street in Grand Prairie’s historic downtown, Zavala’s Barbecue just made Texas Monthly’s vaunted list of the state’s top 50 barbecue joints.

Only two doors down from Zavala’s stands an unassuming newcomer: a shipping container in which Athens native Dimitrios Vagenas is cooking some of the region’s best Greek food.

His business, My Kuzina, is primarily a meal-prep and catering service with pickup and delivery options. But My Kuzina’s kitchen also has a service window overlooking the patio of FireHouse Gastro Park, so it was only a matter of time before somebody asked if they could stay for lunch. Now the window is open on weekdays at lunchtime and Saturdays at lunch and dinner.

Vagenas was born and raised in Athens and only arrived in the United States in 2014, to join his wife, Margarita Takou, who’d made the move a few years earlier to get her Ph.D.

After a childhood cooking with family, he went professional as an adult, attending culinary school in Athens and working on the island of Paros. In Texas, he spent years in kitchens at Omni Hotels in Dallas and Irving before getting furloughed in March 2020.

As Vagenas spent the pandemic months at home, cooking for his growing family, the idea for a Greek meal prep business came into focus. Originally My Kuzina was meant to be a ghost kitchen, before the FireHouse location offered the potential for more.

One thing that stands out about My Kuzina is the availability of home-cooking foods. That is not to say “home-cooked” foods; it’s a given that Vagenas makes everything from scratch.

In every culture, there are certain foods that are associated with restaurants and others that are associated with eating at home. Most Greek restaurant menus, for example, serve plenty of gyros and souvlaki, but making your own gyros on a vertical spit at home is impractical. For the same reason, few home cooks are equipped to serve sashimi, shawarma, souffle or saganaki.

The opposite of all that — foods like casseroles, sheet pan roasts, one-pot stews — is home food, the stuff that hardly ever shows up on a restaurant menu. Except at My Kuzina.

When we visited on a recent weekend, the specials included gigante beans braised with tomatoes, carrots, celery and loads of herbs, and a “casserole” of spinach and rice. Spinach and rice may sound like a punishment for children, but it turned out to be my favorite thing on the table: lemony, bright, easy to spread onto wedges of pita, with loads of hearty stewed greens.

“Greeks are very used to these foods, but in a Greek restaurant here, people have never seen, like, an okra and chicken stew,” Takou explains. “It’s my sister’s favorite food, but no one here knows it. That’s an aspect we are trying to develop as well, to educate people on what traditional Greek food means.” 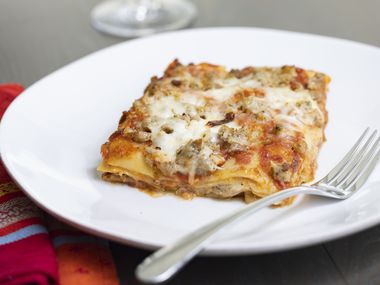 Of course, Vagenas can do restaurant food too. His pita wraps are lunchtime fixtures. We especially liked the pork gyro souvlaki, loaded with flavorful meat and served with simple, perfect tzatziki and lemony roasted potatoes.

In tribute to My Kuzina’s home-cooking ethos, we over-ordered on our visit, then repurposed the leftovers at home. I tipped the braised gigante beans into a pan, adding spinach, parsley and more white beans for a wholesome lunch. My partner made a pastry crust and baked the spinach and rice casserole into a pie, stirring in creamy feta and an egg to hold the filling together.

Takou says that they hope customers who enjoy a quick lunch will return for the meal prep menu, which requires 24 hours’ notice but spans a wider range of dishes including moussaka, stuffed vegetables, giouvetsi (beef and orzo casserole) and traditional desserts.

She also adds that the business, which started with a pandemic furlough, is growing into the family’s dream come true.

“He came to the States for me, he supported my decision, and I support him now,” Takou says. “We’re living happily ever after. We have two kids, a newborn 4-month-old daughter and a 4-year-old son. It was a lot of births this year, our daughter and My Kuzina.”

Best things to do in China

Thu Nov 4 , 2021
One of the world’s most vast and ancient civilizations, China is not just one region, cuisine or culture. It’s a giant and complex patchwork of cultural groups, histories, cuisines and languages. As you might expect, there’s a lot to see. China’s big-hitting sights are no secret, and Chinese domestic tourists […] 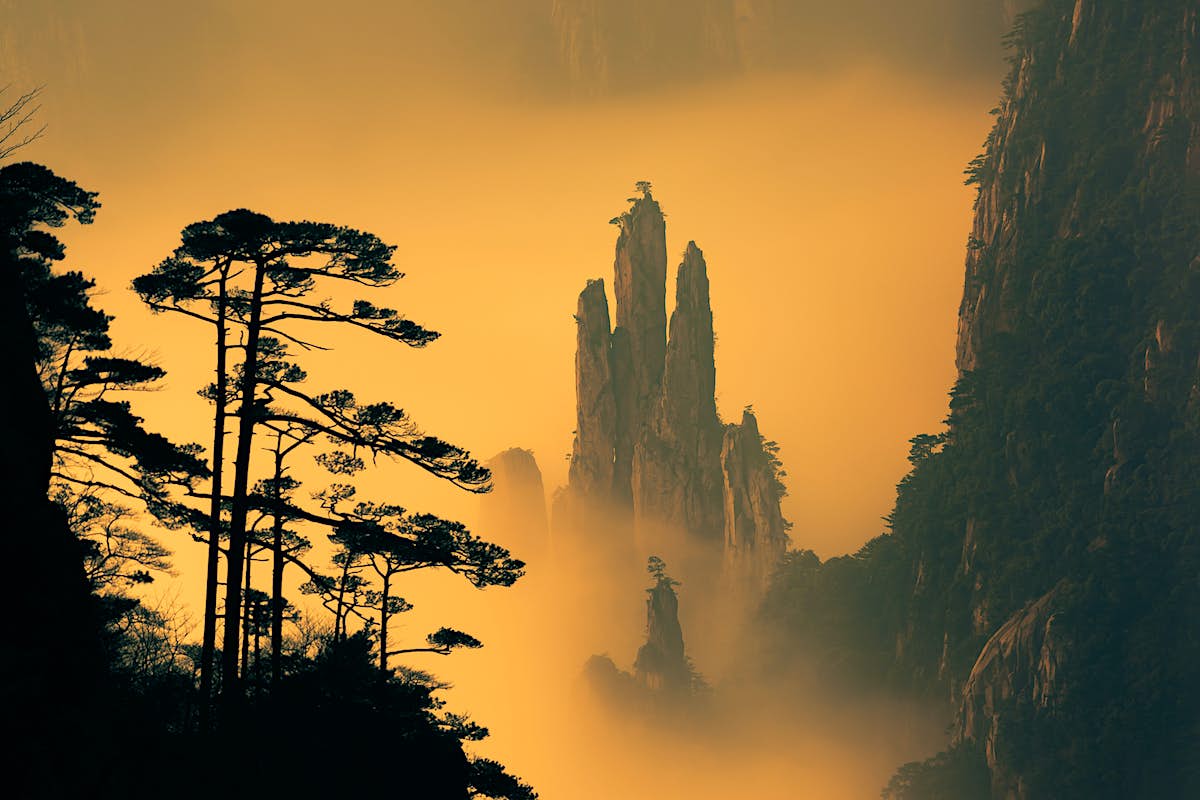